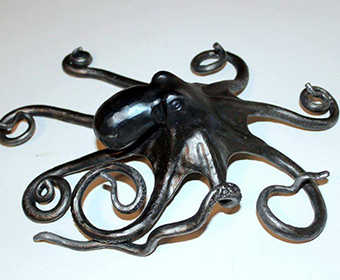 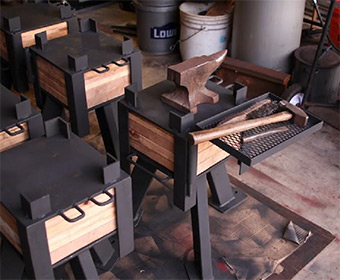 One of the first things a new blacksmith needs to do is mount an anvil on a functional stand. It may take some time to work out the proper height for your anvil, though, or you may share a shop with several people. The answer may be an adjustable anvil stand like this one! I first saw these with the teaching trailer for Blacksmiths Association of Missouri (BAM). I’ve made 11 of them, and they’re really useful when you teach students who come in a variety of sizes. 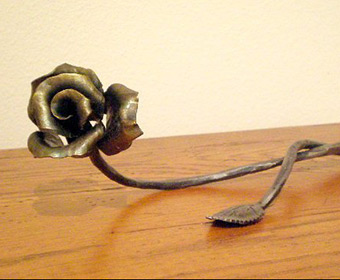